What can we learn from the price of orange juice?

I shared a story at a recent client workshop about a soccer dad I met on the sidelines of a pre-season under 14s soccer training session. This soccer dad was a trader and he was good enough to share some of the strategies he adopts. Trading is a world I know very little about so I was enthralled by the stories, one of which was a ‘bet’ he made against the price of orange juice derivatives (apparently that’s something you can do as a trader!!).

These trades are very well researched and considered and this particular one came about because of the analysis this guy does on sea temperatures in certain parts of the world that act as predictors of wild weather/hurricanes which ultimately damage fruit crops….sending the price of orange juice derivatives tumbling down.

As part of his strategy he will also invest into the derivative in the event his prediction is wrong, just to limit his losses. In other words every time he puts some money on heads, he puts a little on tails to limit his risk.

This is a fundamental part of his strategy because it means he stays protected and calm no matter what happens.  The worst-case scenario for a trader is to lose their nerve and become reactive.

I share that story because I think there's a nice analogy to running a Business.

This year brings many variables, including the Banking royal commission/tightening of lending policy, the slowdown of residential construction and the on-going tit-for-tat between USA and China.

The impact these variables have on our economy is still unknown.

The lesson from our Orange Juice trader is that Leaders who have thought through the various scenarios will be more composed in their decision–making, no matter the weather..... be it blue skies or hurricanes. 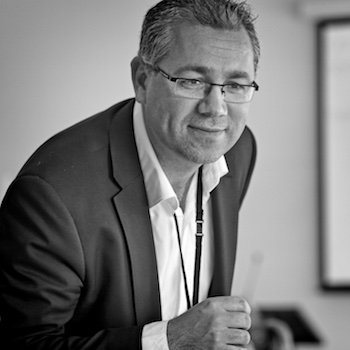