We are conditioned to believe that conflict is all bad. For most of us conflict is an uncomfortable physical and mental state to be in. We will often avoid conflict at all costs. Conflict often implies right or wrong, yes or no, it is divisive by nature, it creates an urge to react. But what if it didn't have to be? What if we chose to respond not react?

Back when I was a strength & conditioning coach in the Australian Football League (AFL) I worked purposefully towards a role I wanted, that of physical performance manager of an AFL club. In late 2010, I was on the verge of realising this goal when the club informed that the role I had always wanted wasn't quite what I was expecting. You see, at the time, this club shared that role between two people. I took the role and took on this new concept of sharing a senior role with another person. It was this role that taught me so much about collaboration, high performance and the "power" of teams. When working on a program for our in-season campaign we work-shopped the program for several hours often disagreeing on content, not aligned on methods, modes or roles. In the end, the resultant program was better than I could do on my own, I could have produced a quality program, but this was better. The program was complex, nuanced and agile and it took two to create it and a team to implement it.

So, what did we do that allowed us to have a conflicted view of the best way to proceed but still generate a quality product?

Operating in a team with generative conflict is not easy, in fact it is often uncomfortable, takes time and energy and will have many failings (learning opportunities) but through this action we can start to leverage the real power of teams.

This blog is the fourth part in a series, by clicking here you can find Part 1, Part 2 and Part 3 on Building High Performing Teams.

To ensure you get access to the full series please like, share and connect, alternately if you would like to start a conversation about building trust in your team I would love to hear from you, chris.spinks@altusq.com.au 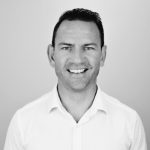 Associate
Focus: Chris is an expert in building high performing teams with a focus on unlocking team dynamics that drive a clear outcome for the organisation, team and individuals within the team. Through a team coaching approach Chris is able to build leadership capabilities, create a culture of generative collaboration and establish a solid platform for sustained performance.