Weathertex is a privately owned company that manufactures Australian hardwood weatherboards and architectural panels for local and overseas markets. Weathertex was first manufactured in Australia in the early 1960s by CSR. In 1998, current CEO Paul Michael purchased the business from CSR with his then business partner.

The company has faced and overcome a number of serious challenges. These have included a complete breakdown of the relationship between its two business owners, the divesting of unprofitable sideline businesses, the restructuring of its sales channels and the development of key staff as part of internal succession planning.

Led by Business Coach Stephen Shepherd, AltusQ has played an integral role in assisting Weathertex to meet these challenges by defining and drawing on its inherent strengths.

AltusQ’ relationship with Weathertex began in 2003. At the time, Weathertex’s two business partners were engaged in a heated dispute over the direction the company was taking. The relationship had deteriorated significantly and communication had broken down completely.

Stephen was introduced to Paul Michael by a representative of Weathertex’s bank who suggested that Stephen could assist with mediating a reconciliation between the partners.

This was the beginning of a long and fruitful business relationship between AltusQ and Weathertex, which has evolved with the changing needs of the business and the challenges it has faced in the years since.

Stephen began by getting Paul and his business partner in the same room and trying to facilitate points of agreement. Stephen also enlisted the help of other AltusQ’ Business Coaches at this time to help clarify roles, responsibilities and project priorities throughout the group’s six businesses.

A series of meetings were held over several months. “Stephen did everything he could to try to broker a reconciliation between us,” said Paul. “It soon became clear that the best way forward would be to dissolve the partnership. Had we not gone through that process with Stephen and continued as we had previously, I am quite sure the business would have self-destructed.”

“Naturally the breakdown of the relationship with my ex-business partner had been very stressful for me and for our senior managers,” said Paul. “At the same time, we also had about six different businesses running, including Weathertex. It was a very challenging time to manage everything.”

“To prepare for my sessions with Stephen, I would spend some quiet time clearing my head of all the ‘noise’,” he said. “This meant that our conversations were extremely focused and productive. Without exception, I came away from every session with four to six different things to do that were practical and specific. Each has made a significant improvement to the business.”

During one of the coaching sessions Paul came to the realisation that his sideline businesses in taps, vanities and sandstone retaining walls were creating a major distraction from Weathertex, and were costing the business too much money.

“The thing that Stephen is best at is helping you get the information that’s already in your head, out,” said Paul. “He helped me uncover what I already knew, but could not see for myself.”

Paul then began planning how to divest the unprofitable businesses.

“Something invaluable that Stephen suggested to me at the time was that I should make sure I had everything planned in as much detail as possible before making the announcement,” said Paul. “He correctly predicted that everything would begin to happen really fast once we made the announcement, leaving no time to plan properly once the changes were underway. This turned out to be amongst the most important advice I received because it meant that I could lead us confidently through the turbulence and remain in control. It could have been a real riot otherwise.”

The changes made were significant and staff numbers were halved in the process.

Stephen’s ongoing coaching sessions with Paul continued to help him to discern where further improvements could be made in the revamped business.

Paul says that it is impossible to quantify the benefits that the company has gained as a result of its relationship with AltusQ.

He says that without Stephen’s involvement during the partnership dispute, it is unlikely that the business would continue to exist.

In the years since, Paul says that Stephen has helped him clarify and articulate what has needed to be done in response to various challenges, and that this has contributed significantly to building the internal strength of the team.

“Stephen is a brilliant facilitator,” said Paul. “He seizes on the good things that are happening in your circumstances and helps you use those to see opportunities and to find a way forward.”

Paul says that Stephen’s ability to cut through the clutter and ask the right questions has meant that decision-making is easier and more effective.

Despite the GFC, Weathertex has significantly improved its bottom line performance, picked up market share over its competitors, and is well positioned for the future.

“We’ve got good people working for us who have worked hard to make us a successful company,” said Paul. “Having Stephen as a sounding board and facilitator has helped unlock the potential that exists within us individually and as a business.”

Because Paul has worked with Stephen for many years, Paul feels that some of Stephen’s skills as a facilitator have rubbed off on him. “I find myself applying Stephen’s communication techniques in my dealings with our team,” he said. “This has helped us get to the core of issues faster and to come up with better solutions.”

Paul recalls that Stephen’s contribution to the business was particularly apparent in the Christmas following the offloading of the redundant businesses. “I can remember saying to my wife that I felt worried because, unlike other years, I didn’t have anything to worry about. That was a first.” 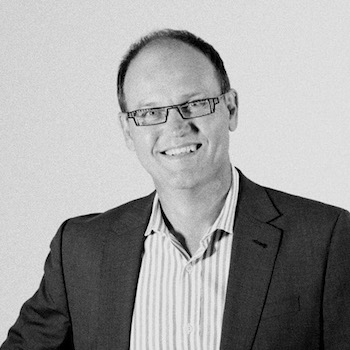