Case Study: Cultural Diversity as an engine for unity and engagement 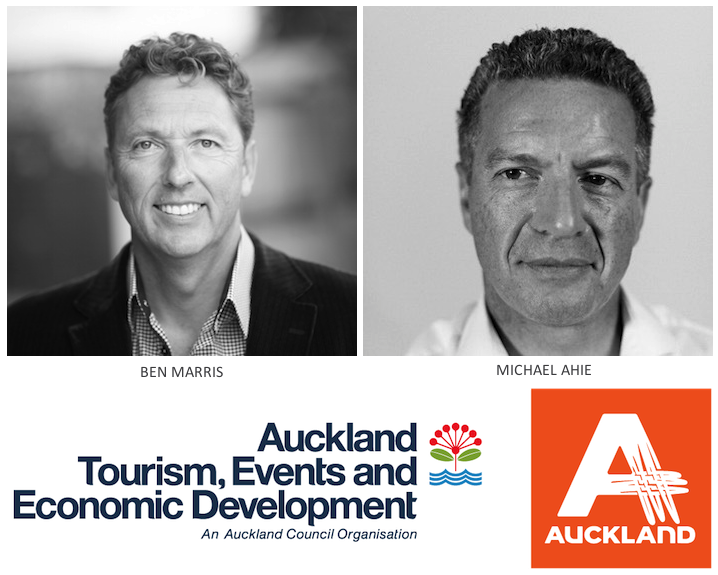 Auckland Tourism Events and Economic Development (ATEED) is an organisation formed within the Auckland City council from a variety of separate preexisting entities.  ATEED has responsibility for promoting the visitor economy, the city’s events portfolio and traditional economic growth activity – all in pursuit of a vision of Auckland as “the world’s most livable city”.

ATEED operates with a big mandate and constrained resources.  A unified culture is essential but tough to achieve given that ATEED reflects the ethnic diversity of Auckland with over 200 staff from nationalities across the globe.  The range of expectations and view points is made all the greater by the fact that ATEED was created as a merger of many other organisations.

ATEED’s CEO created a brief to build one single culture drawing on the Maori concept of Kaiarahi, meaning to guide, escort, conduct, usher or mentor.  Importantly Kaiarahi signifies a form of mentoring where the mentor does as little as possible, operating in a minimal fashion to ensure empowerment for the other(s).   Until the Europeans arrived in New Zealand the Maori largely communicated via a verbal, storytelling culture.  It was through this process that the CEO wanted to co-create an organisation with an aligned purpose and culture.

AltusQ New Zealand was engaged to design a process to achieve the CEO’s brief. Two AltusQ coaches (Ben Marris of Western European descent and Michael Ahie, a Maori) began the Kaiarahi Journey. They became the Kaiarahi for a newly selected group of internal coaches who then went on to become Kaiarahi for the rest of the organisation. From the outset it was the objective of AltusQ to leave no fingerprints on the outcome, and for the values to be fully owned by all the individuals that worked at ATEED.

The emerging leaders who formed the Kaiarahi were all volunteers.  They were sent away offsite for two days with the external coaching team who trained them on the fundamental coaching and facilitation skills required to fulfill their role, and its cultural context.

Crucially the CEO had declared that, “This is your conversation.  Go away and have it and brief us.”  This high level of trust was integral to establishing the emerging leaders group as the Kaiarahi for the new culture.  In a quasi-public service environment this was no small risk for the CEO and the senior leadership team to take.

After the training the Kaiarahi group ran conversations within ATEED in groups.  These were loosely based around the appreciative enquiry process of define - discover, dream, design, deliver (Kessler, 2013) and AltusQ’s own group coaching approach based on the four key phases of awareness, reflection, choice and action.

These two conversations across the organization generated vast feedback from over 180 staff participants, representing over 80% of the organisation. The Kaiarahi were then faced with the daunting task of distilling all of this down into one set of values and behaviours.

At this point the AltusQ coaches stepped back in.  It was their role to create a safe and honest team coaching space until the Kaiarahi had distilled the captured meaning down into what resonated most strongly from the collection of conversations throughout the organization.  This was a particularly challenging task for the Kaiarahi as they personally felt the pressure to deliver the best possible outcome to their colleagues.  As one of the Kaiarahi said, “This is the hardest thing I’ve ever done – and I have three children!”

The new values that arose from this process are:

Great Company – It’s All About People

Great Results – Get It Done and Make It Yours

This phase of the cultural project culminated in February 2014 with the Kaiarahi holding a full organization gathering where they launched the values back to their colleagues.  The event was held in a renovated shed on Auckland Wharf that symbolized the regeneration of Auckland; a fitting analogy for what the organisation had set out to achieve.

At a strategic level, shifting the perspective of the organisation to taking an internally integrated approach to ‘new money and new jobs into Auckland’ has required a multi-disciplinary approach and demanded a different mind-set to approaching initiatives.  This has been underpinned by the work of Kaiarahi through the conversations and culture work.

The Kaiahari mindset and behaviour has now become embedded in the organization with ATEED developing a reputation externally for being willing to take calculated risks and get things done.  In addition, ATEED’s owner Auckland Council is looking to ATEED to take a lead innovator role, both within council, and with key initiatives.  ATEED today is seen as the, "agency of change".

Internally a rich story telling fabric lives on with not just strong cultural values and behaviors aligned across the group but with a collective memory that staff were the collaborators in this project and shared in the rich experiences of driving their own creative process.

The next phase of this team coaching project is currently in design.  The aim is to evolve the Kaiarahi approach to give meaning to a shift to "Kotahitanga", meaning collective action. It will involve leveraging collective action on initiatives that span teams from inside the organization and working across industry, Auckland Council and central Government with an approach of partnership and collaboration to deliver greater outcomes for Auckland.

As part of ATEED’s move toward Kotahitanga the organisation has chosen to hold its senior people leaders team retreats at Marae (local Maori tribe meeting houses) in Tāmaki Makaurau (Auckland).

Shifting the mindset of the organisation to Kotahitanga will require a refined approach that relies more on positive influence than direct control.  Again, the influence of Maori is integral to the path forward that ATEED have chosen.

As CEO Brett O’Riley said in a recent conversation with ATEED leaders: